A few weeks ago I received a tweet from @DecadentDecaf asking me if I’d like to try their speciality decaf coffee. Of course I replied yes please, and they very kindly sent me four bags of freshly roasted coffee beans to sample: Ethiopia Sidamo, Signature Espresso Blend, Indonesia Sumatra, and Costa Rica hard bean. Sadly they’re out of stock of their award winning Kenya AA, apparently it did so well that it sold out incredibly quickly.

Decaf is a dirty word to many coffee lovers, and this is something that Decadent Decaf are trying to change by purely focusing on Decaf. I had a word with the founder of DD, Guy Wilmot, a fella who is very passionate about coffee, and is behind other successful coffee brands including Marley coffee in the UK, and Sea Island Coffee. He shared with me that Decaf got its bad reputation probably from the fact that some traditional decaffeination processes that have been used on commodity coffee beans, use chemicals which result in degrading of the taste.

Also as decaffeination is expensive, it has often been the case in the past that in order to keep the price low, lower quality coffees, including old left over coffee beans from past crops, have been used for decaf in the past. Decadent Decaf on the other hand, work with green beans (green is what coffee beans are referred to before they’re roasted) that have been decaffeinated using the 100% chemical free Swiss Water Process, which gently removes the caffeine, while leaving the flavours of the bean undamaged. Their coffee is all 99.9% caffeine free, and Guy assured me that coffee that has been treated in this way, is very difficult to distinguish between coffee which isn’t decaf. Guy also told me that all their beans are freshly roasted to order, and the beans used are all fresh new crop high quality beans, which isn’t always the case with decaf, because to counter the cost of decaffeination cheaper beans are often used. 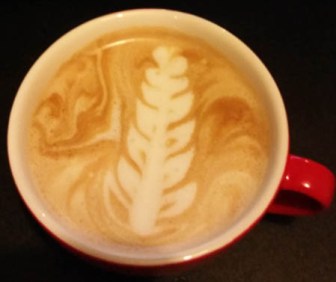 I’m excited by Decadent Decaf, because they’re offering a wide range of high quality speciality single origin coffee beans, all decaf. I do realise that other quality coffee roasters do also work with beans which have been decaffeinated using the Swiss water process, but the difference is that as far as I can see with most roasters, they tend to only have one or sometimes two Decaf coffees on offer. I do get the impression that roasters don’t tend to put too much importance on decaf, if they have one in the range then that’s a box ticked – but that means that if I’m a soon to be mother, or if I need to avoid caffeine for other reasons, then my options are greatly limited compared to my options for full caffeine coffee. DD are purely about Decaf, they already have 5 coffees in their range, and more are to be added – so as someone who always likes to have at least one bag of decaf in the cupboard (for my kids, and also for me when I fancy a coffee later on in the day) I’m really happy about that, and I hope they taste as good as I’m assured they do :-).

OK – so now I have the four Decaf coffees from DD, I’ve tried them all – and, bloody heck, I’m not sure I believe these are Decaf!

They are very, very good! I’ve had a bag of decaf in the past from Pact, and that was very good I have to say, and that too really surprised me in terms of the taste (although as with most roasters, at the time pact only had one decaf on offer), but the only other decaf we had in the cupboard, was from a supermarket. As I said in my post supermarket coffee vs freshly roasted I still buy coffee from the supermarket, when I run out of speciality coffee, and this is the case here. I’d had a bag from pact, ran out, picked up a bag from the supermarket because it was convenient. After trying the decaf we already had in, the beans from the local Morrisons, there is just no comparison whatsoever, I can tell that the decaf from the supermarket is decaf, it tastes weird. All of the four coffees I have tried from DD, I would not be able to distinguish them from normal caffeine coffee, there’s no way I’d be able to notice that they were decaf if it didn’t say so on the packet. 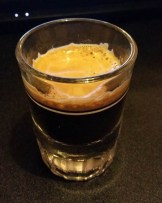 Signature Espresso Blend – Espresso. The espresso blend is a blend of beans from Indonesia, Papua New Guinea, Ethiopia and Rwanda. This is a dark roast, as an espresso I find it to have a really nice kick, but also some interesting dark chocolate notes. Great crema, and a pleasant creamy mouth feel. I enjoyed it as an espresso, and I’d never have known it was decaf if it didn’t say so on the packet. It made for a really nice cappuccino, and also a really enjoyable cup via aeropress. I tend to enjoy lighter roasts more than dark roasts, but I did enjoy this one, and I’d certainly drink it again! 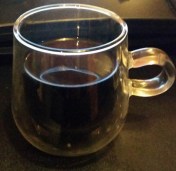 Decaf Costa Rica Strictly Hardbean via Aeropress. This is an Arabica grown at an altitude of 1200 metres in Tarazzu, San José, Costa Rica. Again I very much enjoyed this decaf as espresso, cappuccino and aeropress. It’s quite dark and has some chocolate tones, but it’s smooth too. Really nice coffee, as espresso, cappuccino, flat white & also via cafetiere, V60 and aeropress. As with the espresso blend, I would never in a million years have guessed this was decaf if I wasn’t told. Perhaps someone with an incredibly keen coffee palate would be able to, I’m not sure – my palate is certainly developing, as I’m finding I’m starting to be able to pick out flavour notes in coffee, and I certainly can’t tell that this is Decaf. 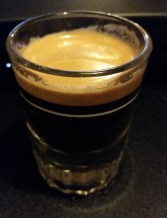 Indonesia Sumatra Mandheling Espresso. Sumatra Mandheling is a varietal that the first purchaser actually named after getting the name slightly wrong – they named it after the Mandailing people of Sumatra, but they didn’t quite get the spelling right, naming the varietal Sumatra Mandheling. The Sumatra Mandheling and Sumatra Lintong are the same varietal, the difference between Lintong and Mandheling is down to processing methods used, although there is some suspicion among coffee importers that often it’s the same bean that is sold under two different names. I really, really like this coffee, and of the four I can’t decide whether this one, or the Ethiopia Sidamo is my favourite, as I really like them both. This isn’t to say these two are the best, just that they are the ones that I find the most enjoyable currently based on my taste – we’re all different when it comes to taste, and it changes too. I remember being younger and hating the taste of olives, and dark chocolate for example, and being surprised later in life when I tried them again and discovered that my taste had changed considerably to the point that I suddenly loved them – now I can’t get enough of olives, and dark chocolate – although not together, that would be odd. Going back to the Sumatra Mandheling, which I have to remind myself is Decaf…It has a rich, complex taste, which I would describe as sweet and intense, with just the right balance of acidity. I’d say it has a slight spiciness to it, and I do detect a slight hint of licorice; with things like this I’m not sure if it’s my coffee pallet developing, or my imagination – but in any case, this is very nice tasting coffee, and as with the others, if I’d not have known it was decaf and you told me, you’d have been able to knock me down with a feather. It produces a great crema for espresso, as you can see. This one seems to have the most positive Amazon reviews. Most of Decadent Decaf coffees seem to get very good feedback on Amazon, but the Sumatra Mandheling seems to be leading in terms of number of ratings and overall stars (wholebean has 4.8 out of 5 which is a very high rating – pre-ground has 5 out of 5!). 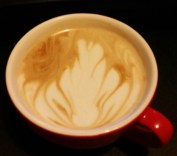 My latte art failed a bit there ;-) The Sidamo varietal of Arabica is grown only in the mountainous Sidamo region of Southern Ethiopia, and is known for producing a small bean, and a fruity taste. I have enjoyed this coffee as Espresso, filter, Aeropress, Cafetiere and cappuccino & flat white, and for me it’s a great coffee for all of the above. It has a more fruity taste to the Sumatra, but it’s still a bold intense flavour, and I can’t decide which I prefer between the two – which is good I suppose because if they run out of one, I can just get the other ;-). It produces a nice amount of crema, and as an espresso it gives a kick, as does the Sumatra, but it’s a different kind of a kick. A proper coffee tasting expert would be able to do a much better job of explaining the taste of course – I’m just an everyday coffee lover, so I’m doing my best, but what I’d recommend is if you drink decaf (in which case, by the way, you're not completely avoiding caffeine, as decaf does contain caffeine although it's reduced), just grab a bag of all four and see which you prefer, they’re not over the top price wise, and if you’re anything like me, I’m sure you’ll get through them before they go stale!

So to conclude, Decedant Decaf are my new favourite supplier of Decaf coffee – all of their coffees I’ve tried have been brilliant, and from now on I will always make sure I have a bag of either Sidamo or Mandheling in my cupboard, for the kids and for when I fancy a coffee in the evening without having a crap night sleep (which is what generally happens when I drink full caffeine coffee later on in the day), and I’m very much looking forward to new coffees on the horizon from DD! Life is like a box of chocolates, so follow me on twitter, and facebook, and that’s all I have to say about that.